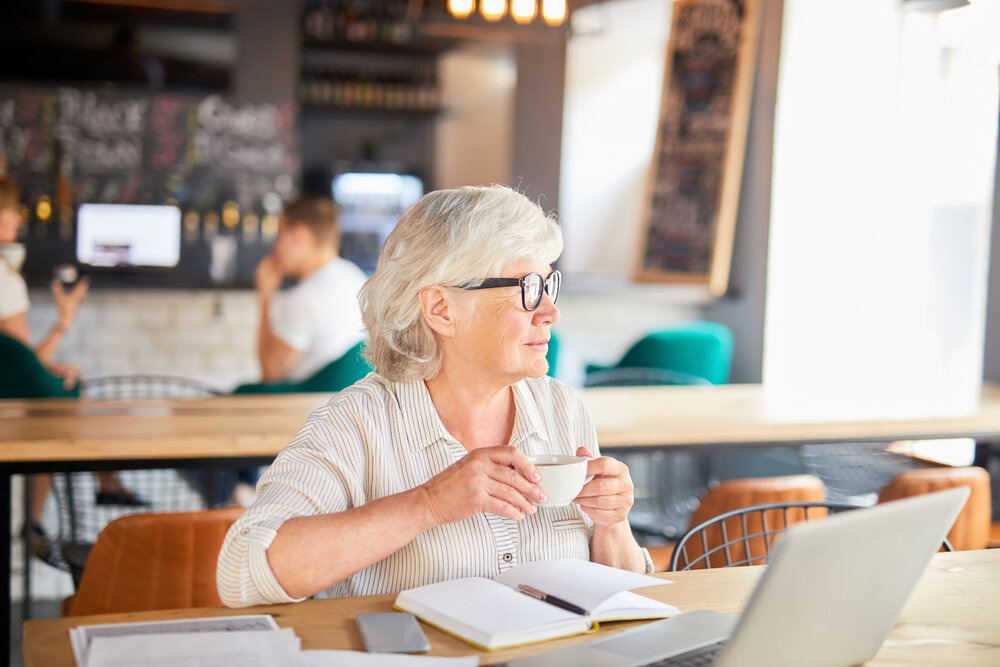 The bias favoring younger workers in the workforce

The working world is ever-changing, constantly adapting to the next new normal.  However, there are still underlying issues that need to be addressed. One of these problems is the bias towards young workers as a result of behavioral norms and the thoughtless design of systems installed to vet candidates.

According to a study by AARP 61% of respondents over the age of 45 believe that they have seen or experienced ageism in the workplace. This is especially prevalent in the tech industry, where individuals over 40 only take up 26% of the industry.

In this article, we discuss the ways that the systems may be discriminatory, and how organizations can overcome this.

Why should you be looking to hire more mature workers?

Older workers tend to have qualities that are often taken for granted by recruiters.

More available and flexible: Age Smart Employer believes that older workers take fewer days off. This may occur because they’re less likely to have young children, meaning they may have more time on their hands.

Bringing diversity to work culture: there is a multitude of benefits that diversity in your workforce will bring including increased productivity. Therefore, by hiring older workers you are benefiting your business – which sounds like a good thing to me.

What are employers looking for in their talent?

This is the question everyone asks themselves, but we are presenting this differently to show the effect this has on older workers. Degree vs Experience. That’s the debate that surrounds employers. Do you want someone with a good degree? More experience? Or the best of both worlds? Let’s be honest it’s most probably the latter. However, let’s debate this to show the disadvantage.

Older workers are much less likely to have a degree since it has become more popularised in recent years. Recently many people have been going to college as the first person in their family to do so. However, the issue with degrees becoming more common is that they’re now seen as a requirement for most job roles. This makes it harder for older workers without degrees to find a job in that role. A study shows that employers believe that applicants with a degree are more “job-ready” than those without.

However, this isn’t the case for all employers as Tim Cook (CEO of Apple) stated that nearly half of the apple employees hired in 2019 didn’t have a four-year degree.

So, is it then down to experience?

The issue with this is if an older worker desires a career change, then they won’t have the work experience nor the degree.

While there are options out there that provide experience for those on a low income, it’s more difficult for an older worker to take that risk. They are more likely to have to support a family, pay a mortgage, and bills.

They also don’t have as many opportunities as younger workers.  For example, in the UK there is the Kickstart Scheme which aims to give younger individuals work experience for 6 months while getting paid. However, it neglects older workers as the age range is between 16 and 24, meaning that many workers are getting excluded from such a beneficial opportunity.

How to tweak your recruiting methods to re-balance unintended bias

Talent leaders have to be proactive, putting more effort into re-setting internal attitudes, behaviors, and systems in order to stamp out age discrimination in recruitment.  Here are a few ideas:

Posting job advertisements are crucial to obtain talent, and massively benefit organizations who do this. However, they can be discriminatory in different ways.

Where organizations publish the job advertisement can affect who’s seeing it. As an example, Facebook’s algorithm was found to discriminate who they present the ads to, so it’s important to keep this in mind.

Also, you need to take into account what age demographic uses the platform you’re advertising on.

For example, 60% of LinkedIn users are between the ages of 25 and 34. So, older workers may not be seeing the advertisements in the first place.

Another way advertisements can be discriminatory is in the wording used in job descriptions. In an Ageing Better study a participant stated:

“I have seen wording like that and immediately think… Whoever has written that has already got a bias, and therefore you’re not really interested in getting involved in that.”

Organizations need to go through the language they use to identify whether it may be problematic or not.  Recruiters could be putting off older workers with their advertisements without knowing it.

Interviews can be biased in different ways. From the questions that get asked, to the interviewer themselves. If the interviewer is biased toward younger workers, then the older worker doesn’t stand much of a chance. In Ageing Better’s study, it was common for the participants to have bad experiences in job interviews.

A good way to try and overcome bias in interviews is by supplying training on ageism, what it means to be unbiased and how to prevent bias from affecting the recruitment process. It would also be beneficial for organizations to have older workers on the interview panel, as it could make the interviewee feel more comfortable knowing that they’re on the same level as other interviewees.

I think it’s important to address and debunk the stereotypes that surround older workers, and what it means to employ them.

‘Older workers will leave after a few years to retire’. Yes, some workers will want to retire at the retirement age (66). However, 55% of workers plan to work in retirement. I don’t think it could be a case of ‘they might retire soon’ because it’s not often that young workers will stay in just one job for the rest of their working life. Clearly, some people don’t want to retire so you can’t predict how long someone may stay at a job based on their age.

‘Older workers are not good with technology’. No one is born an experienced tech user, we have all learned how to use and adapt to technology. It is something that can be taught, like most things, so if an older worker may not be experienced in tech, then they can learn through training.

Older workers are getting discriminated against in recruitment.  I’ve made that clear.  What I haven’t made clear is that the world of work is changing in the way recruiters go about finding and hiring their workers. Today, we are seeing recruiters hiring based on the interviewee’s personality and how they would fit into their team—which is a good thing.

An Universum study found that 48% of employers choose candidates because of their personality, which provides the older workers with a greater chance to find a job. You can train skills, but you can’t train a personality.

The world of work is changing for the better.  But that change is slow.  And you might be able to do more in your own business to make that change go just a little bit faster.