Embracing a sustainable workplace solution: Why it is essential we adapt our office arrangements to meet the looming climate crisis. 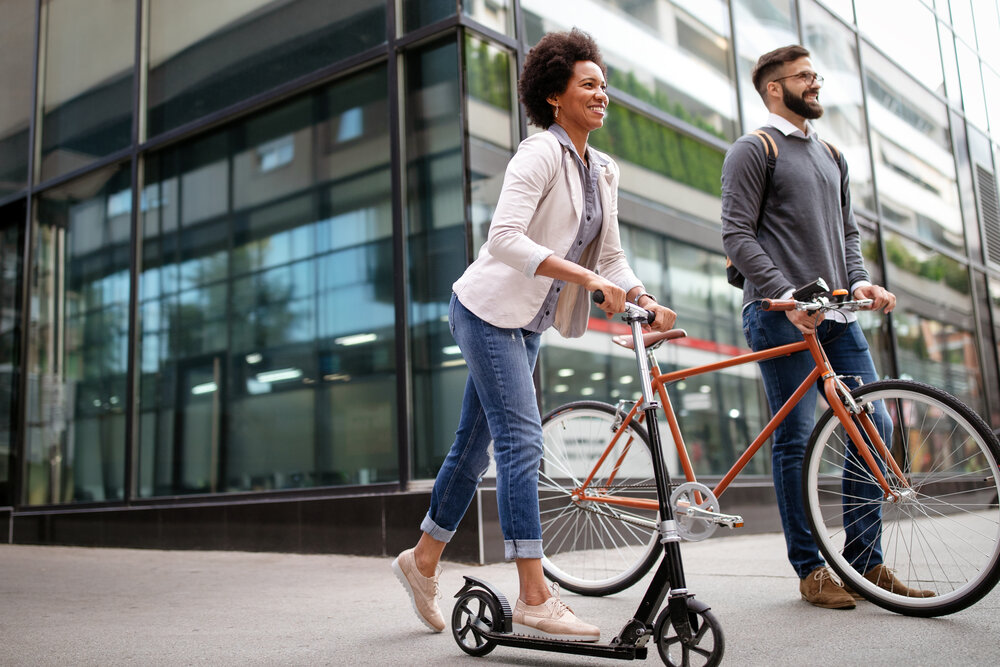 Sustainability is at the heart of both business and individual mindsets. With energy prices skyrocketing and climate activists filling the streets with protest, there has never been a greater need to look towards more efficient and sustainable energy use. Moreover, the role of the workplace and the very location of work has shifted as a result of the pandemic. Full-time office use has been replaced, initially by home-working, and more recently by hybrid working solutions. Therefore, the question must be asked, what is the future of sustainability in the workplace and what is the best commuting solution to tackle the looming energy and climate crisis? What is clear though, is that we are at a pivotal moment of change in the workplace. It is time for us all to look inwards at our office arrangements to embrace a new sustainable future.

The daily commute: an obvious polluter?

When you think of ways to cut your carbon emissions the first thing you may think of is the daily commute. Here, reliance on single-use gasoline transport to commute daily to a fixed office location may seem the obvious target to any climate activist. Indeed, in a survey by UK automotive giant RAC, 57% of people thought that car use for the daily commute was more essential now than before the pandemic. Moreover, the survey found that confidence in public transport had reached an 18-year low as a result of the lockdowns. This shows that the health and convenience benefits of individual commutes in cars has reversed the shift towards more sustainable public transport and to much more carbon-intensive forms of transport.

However, the picture is much more complex than simply aiming climate vitriol at car users and a sustainable solution much is less apparent. In the same study, the reasons given for the lack of use of public transport centered around its poor convenience and availability, with 46% of respondents saying that services don’t run when they need to. Therefore, rather than a behavioral change being the issue, it is actually a logistical one. This is furthered by a study by Mobilityways, which showed that 70.8% of people want their commutes to become more sustainable. Here, they rank time and convenience as the most important factor in shifting towards a more carbon-conscious commute showing how logistical shifts towards better public transport infrastructure can help to alleviate the reliance on single commute gasoline cars.

The changing role of the office

In a time of rapid change in the workplace, we also need to consider the role and location of the office. Improvements in public transport can also include the repositioning of the office away from city centers and closer to suburban areas. Here, instead of working at home, working near home can provide a balance of the benefits of working at home alongside the community feel of the office. Innovations in flexible working space can help companies to reposition their focus towards more efficient use of office space rather than the burden of having a large underused office that is never truly full. What we all need to do, then, is to embrace the changing use of the office and reimagine the very use case itself. No longer a permanent place of work, it should be seen as a wholly collaborative place; a melting pot of ideas and communication across the business. 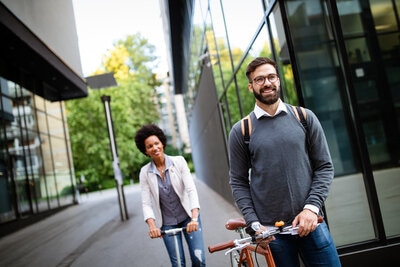 As the pandemic kicked into full vigor, a new fascination with the benefits of home working spawned. Many businesses shifted their meetings online and a new virtual reality of the workplace came to be. This itself has presented a wave of new sustainability considerations for us all. It is not so simple as to suggest that the removal of the daily commute has led to a vast reduction in the carbon footprint of individuals. Instead, the burden of energy costs has been passed onto the employee and their home. Indeed, data from WSP has suggested a more seasonal approach to assessing the sustainability versus homeworking equation. Their studies show that working from home can save a net 400kg of carbon emission in the summer, but leaves an overall deficit if carried through in the winter. Over the course of a year, they estimate that working from home full time will lead to a net increase of 80% of carbon emissions compared to full-time office work. This shows that working from home full time is far from a permanent answer to the climate crisis. Here, it is the responsibility of employers to adopt a flexible approach that balances both business and employee needs alongside climate considerations.

Adapting our perceptions of hybrid working

This single-option approach is one of the biggest lacks of insight in the current studies around the carbon footprint and sustainability of the office. The choice that faces businesses and employees is not one of a complete transition to homeworking or an entire about-face in a return to the office. Rather, it is widely contended that hybrid and flexible working solutions are the future of the workplace. This gives the opportunity for us to reconsider the most efficient use of energy and adopt the sustainability advantages of both arrangements.

One of the biggest misconceptions in the current sustainability analysis of hybrid working is the inability of these studies to account for the changing workplace itself. Indeed, the study from Carbon Trust and Vodafone predicts that hybrid working would be a worst-case scenario, reporting that: “This split could result in consuming more energy and emitting more emissions as both homes and offices are fully operating to enable teleworkers and office workers to do their jobs.”

However, this research misses the fundamental changes that would follow a shift towards hybrid working. No longer would employers be required to operate their offices at full capacity and their energy use as a result would drop dramatically. Even pushing aside the considerations towards downsizing offices, it does not account for an adaptable workplace policy in businesses. Coordination of a distinct hybrid working model where full consideration towards using office space as a wholly collaborative space and effective team management would iron out near-empty offices and unpredictable footfall that the report relies on. 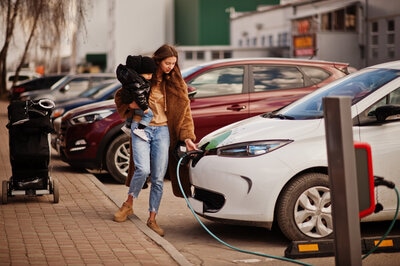 A sustainable workplace solution is within reach. We are all at a moment of pivotal change in the role of the workplace and the health of the planet. Considerations towards cutting carbon emissions and climate change must be integral in our plans of new hybrid working models. Logistical solutions towards the use of public transport and cutting the distance of the daily commute can be remedied by the adoption of flexible working and work near home solutions. Further consideration must also be given to the role of the office and its reinvention as a collaborative and communicative melting pot of ideas. Here, it is up to us all to complete an assessment of our workspace use within our business and the flexibility of our workspace policies. This can arguably be best delivered through an external agency and US Tech Solutions can provide the services to blend on-premise working with remote and offshore solutions to optimize our workforce.

While an easy solution to the sustainability challenges that this new shift in working brings might not be instantly obvious, thinking outside of the box and towards more efficient coordination of workspace provides the answer. Sustainability is not only desirable, it is essential. It is up to all of us to embrace these changes and adapt to climate-saving workplace solutions.